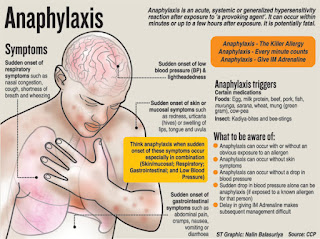 Dr. Piyusha Atapattu explains a point at the Vijaya Kumaranatunga Memorial Hospital. Pix by M.D. Nissanka
A rice and curry meal nearly killed him. He was at home out of Colombo when the ‘so-called severe allergy’ struck him. Rushed to hospital the medical staff carried out the protocol that they thought was right. What they did not do was give him a quick jab of essential adrenaline intramuscularly (IM Adrenaline).
At the urgings of his daughter, a doctor herself, who was in Colombo, they finally did give him this life-saving injection. He has lived to tell the tale, unlike many others including a young doctor who died after eating pineapple at a hospital canteen in more recent times.
The ‘so-called severe allergy’ episode of the doctor’s father which could easily have ended in tragedy has become fortuitous for the country – for the daughter is set on a quest. The quest of Consultant Respiratory Physician, Dr. Chandimani Undugodage, with the unstinting support of the Ceylon College of Physicians (CCP), is to spread the message about ‘Anaphylaxis – The Killer Allergy’ for which the simple treatment is IM Adrenaline.
Reliving her eye-opening but scary experience, Dr. Undugodage, who is a Senior Lecturer at the Faculty of Medical Sciences, University of Sri Jayewardanapura (USJP), talks with emotion how back in 2012 her father “nearly died”. The ‘provoking agent’ or allergen which caused anaphylaxis in her father has not been established up to now.
“There is no entity called a ‘severe allergic reaction’,” emphasizes Dr. Undugodage, adding that it would be deadly anaphylaxis. (See graphic)
Anaphylaxis is a medical emergency, the Sunday Times learns. 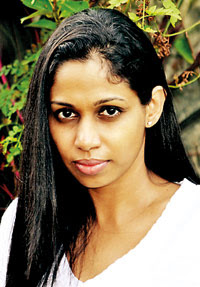 Dr. Chandimani Undugodage
“If you give IM Adrenaline for an allergy, mistaking it for anaphylaxis, it is okay. However, if you don’t give IM Adrenaline and it turns out to be anaphylaxis, then the patient will die,” she says.
Therefore, it is better to be safe and give IM Adrenaline and not be sorry later, it is learnt.
Explaining how she got into a specialty that is not hers, Dr. Undugodage says that in 2014, former CCP President Dr. Udaya Ranawaka and Chair of the CCP’s Education, Training & Research Committee (ETRC) got her involved in that committee. The CCP with a membership of more than 700 has many committees including the ETRC working in varied spheres, important for physicians, as part of its long-term strategic plan.
When she suggested that a module on anaphylaxis should be introduced through the ETRC, the committee very willingly agreed.
Leaving aside traditional lectures, the ETRC then decided to “do it differently”, coming up with a module which was very interactive, under the guidance of Dr. Ranawaka and with extensive input from Dr. Undugodage; Consultant Physician and Senior Lecturer in Pharmacology, Dr. Nirmala Wijekoon and Immunologist Prof. Neelika Malavige of the Department of Microbiology, both attached to the Faculty of Medical Sciences, USJP; Consultant Physicians and Senior Lecturers in Physiology, Dr. Piyusha Atapattu and Dr. Dinithi Fernando, both attached to the Faculty of Medicine, University of Colombo; Consultant Physician Dr. Upul Dissanayake of the Panadura Base Hospital; and Consultant Immunologist Dr. Rajiva De Silva of the Medical Research Institute, Colombo.
Current CCP President Dr. Nihal Gunathillake and Immediate Past-President Dr. Lalith Wijayaratne, meanwhile, have not only been fully supportive but also incorporated the module on battling anaphylaxis at the CCP’s regional meetings.
It is just such a session that we sit in on recently at the Vijaya Kumaranatunga Memorial Hospital in Seeduwa conducted by Dr. Piyusha Atapattu and Dr. Dinithi Fernando.
“Each minute counts,” underscores the trainers as they take about 30 medical officers, nurses, pharmacists, laboratory technicians and support staff through the motions, with the technical aspects being attended to by Ayoob Cader who travels with the Physicians across the country to spread this message and prevent deaths due to anaphylaxis.
Reiterating that immediate treatment will prevent death, the audience is told that the training session is to help them diagnose anaphylaxis “promptly and accurately” and follow it up with “prompt and apt” treatment. Distributing remote control devices, the health staff is taken through different clinical scenarios and made to respond as the clock ticks, with a 10-second countdown.
Referring to the unseen work that has gone into the preparation of this module, Dr. Undugodage says it uses an audience response system. Under this interactive teaching session, the audience uses remote control devices to key in their answers which are then picked up by the computer and analyzed, with a percentage of responses for each answer being depicted. “This method does not embarrass the audience even if the answers are wrong and as such they don’t feel shy to interact.”
The trainers work with true-to-life clinical scenarios — with minute changes to maintain patient confidentiality — to teach key points using a question-and-answer system. The audience gives their answers first, followed by that particular point being taught thereafter. There is also a pre- and post-test, before and after the module during which the audience is given a set of multiple choice questions to self-evaluate whether their knowledge has improved.
As the proof of the pudding is in the eating, “the feedback has been excellent”, says Dr. Undugodage.
“The clear message is that there is no time to be wasted as the patient will die,” she points out, adding that it is a race against time. Even with the slightest suspicion that it could be anaphylaxis, we urge them to give IM Adrenaline quickly anyway, as no harm will come about. But if they delay, then the patient will die in vain.The module on anaphylaxis has gone far and wide, being presented in Jaffna at the regional meeting of the CCP held in collaboration with the Jaffna Medical Association and the Royal College of Physicians, London; in Colombo as part of the Sri Lanka Medical Association sessions; in Galle where for the first time nurses were included as well; in Trincomalee; in Anuradhapura; and even in a private hospital on request.
However, with anaphylaxis being no respecter of persons or places, Dr. Undugodage and the CCP hope to shout out this important message from the rooftops throughout the country including private health facilities.

Popular posts from this blog